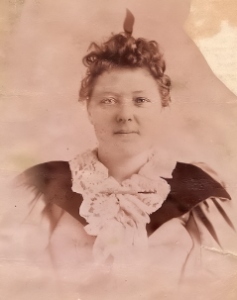 Please check out my author page on Amazon to find more strong women of the West!

Emma Daugherty was born in Dallas, TX in 1871. No one would have guessed this delightful, petite child with the quick wit would become the nation’s first female sheriff.

And why does it not surprise me the nations’s first female sheriff was a sheriff in Texas?

Emma started her professional career quietly enough as a school teacher. In the meantime, John Riley Bannister, born in 1854, enlisted as a Texas Ranger in the 1880’s. He assisted in the delivery and/or capture of famous outlaws John Wesley Hardin and Sam Bass. After a few years, he resigned and worked variously as a rail road detective, cattle inspector, and Treasury agent. His first wife died in 1892, leaving the lawman with five young children to raise.

To his credit, he didn’t run out and marry the first gal he could. Two years later, John married Emma and took her away from her classroom duties. Over the next ten years, the Banisters would try their hands at various professions, including farming, but law enforcement was the vocation her husband knew best. He made time for his young wife, though, and together they added four children to the five already in tow. Emma loved writing and somehow found time to work as a correspondent for the San Angelo Standard Times.

John was elected Sheriff of Coleman County, TX in 1914. The family, all eleven of them, moved to an apartment on the first floor of the jail. Along with her work as wife and mother and reporter, Emma assisted her husband as his office deputy. I.e., she did all the paperwork. They must have worked well together as John was elected to a second term.

In 1918, though, he suffered a stroke and died, only a week after winning a primary election for sheriff for a possible third term. The election results, however, were close, requiring a runoff among the three candidates. The county officials asked Emma if she would serve out the remaining months of her husband’s term while the campaigning continued and she agreed. Without any real fanfare, she became the first female sheriff in the United States. An intrepid reporter from the New York World picked up on the story and for fifteen minutes, Emma was famous.

She did not, however, see herself as such. Grieving the loss of a husband she loved, Emma stepped down at the end of her husband’s term and returned to the farm. In her three months as sheriff, she never carried a gun. A short, slightly pudgy woman, she figured if a man was intent on causing trouble, he’d just take it away from her anyway.

Emma passed away at the ripe old age of 84.

Agent 355–Her Name Might be a Mystery, But is Her Identity Really Still a Secret?

The study of our heroes and heroines is more often than not like trying to track a rabbit. The critter turns, runs, spins, leaves confusing tracks, and then disappears. But if you try hard, put yourself in your prey’s mind, and look outward, some compelling paths reveal themselves.

Agent 355 was a female agent in George Washington’s famous Culper Spy ring. Absolutely nothing concrete is known about her other than when British leaders were in New York, information funneled to Washington fast and furious. When they left town, the information slowed to a trickle. 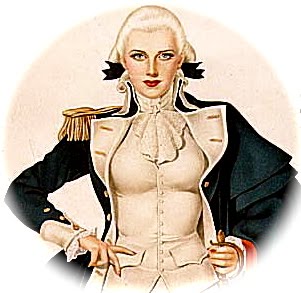 So who was this totally unsung heroine who willingly risked it all for God and country? Walk with me as we make some educated guesses.

Technically, she didn’t actually have her own identity, like, say, “Agent 99.” The number “355” simply meant female spy. But this lady never disappointed Washington. Her intelligence was always spot on. Some documents indicate 355 may have provided the intelligence that suggested Benedict Arnold was going to betray his country and that the famously personable British soldier John Andre was his contact.

Scholars speculate that 355 was a well-bred lady from New York society, the member of a Loyalist family. Such a position would have certainly given her access to officers and their “attentions.” How easy to simply ignore boring talk of troop movements whilst you bat your eyelashes at a handsome, young soldier. No one would know you were actually soaking up the intelligence in that pretty little head of yours.

Or perhaps she was a maid in a house where British soldiers bivouacked. What better cover for rifling through papers on a desk than to say you’re dusting the furniture? Or cleaning up a mess on the floor so you could drop to your hands and knees and put your ear to the cracks?

Robert Townsend was the head of the Culper spy network and rumors have persisted for almost 300 years that 355 was his common-law wife. A female spy was arrested and incarcerated on the prison ship Jersey in 1780. This woman gave birth to a son whom she supposedly named Robert Townsend, Jr.  Most academics debunk this story as mere legend, but here is a tantalizing piece of information. Robert Townsend, Jr., a “son” of James Townsend (brother of Robert Sr.) became a lawyer and went into politics. Strangely, one of his pet projects was the Prison Ship Martyrs Memorial Fund which eventually became the Prison Ship Martyrs Monument at Fort Green Park in New York. This monument, nearly 150 feet tall commemorates the men and women who lost their lives aboard these horrible prison ships.

Whoever 355 was, she is not forgotten; she is honored and she lives on to inspire us all in the fight for liberty. She did nothing for fame or glory. Her name was never written down anywhere. George Washington didn’t even know who she was. She did it all for fledgling America.

But what do you think? Am I on this rabbit’s trail or have I lost the scent?

If you’ve enjoyed reading this post on Ladies in Defiance, I’d love to have you sign up for my newsletter. I’ll give you a free book! We have a lot of fun and I do monthly giveaways, like gift cards!

And if you’d like to read my book set during the American Revolution, please check out For the Love of Liberty! 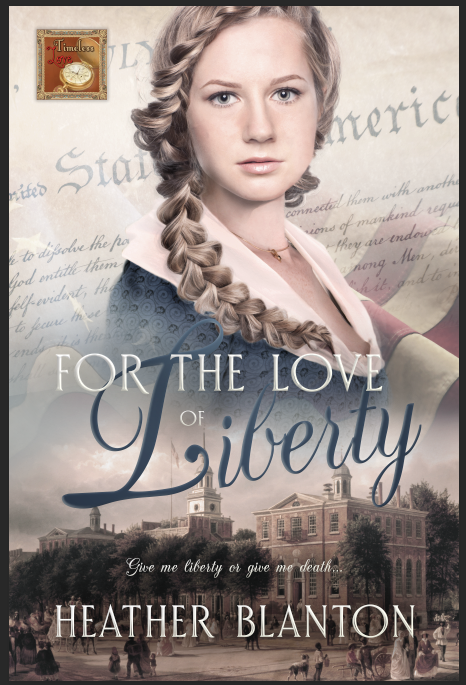 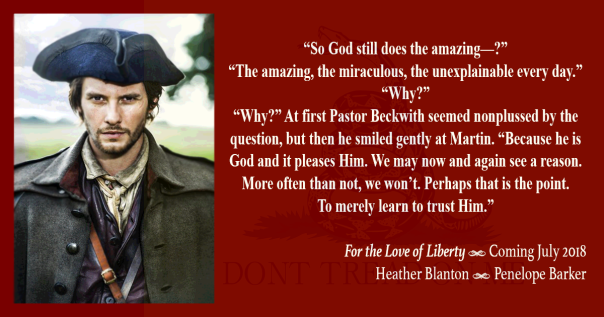