A Woman of Restraint, Yet She Had Him Dead-to-Rights 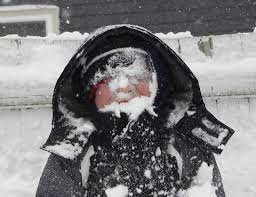 My dad and his three brothers grew up on the outskirts of Cincinnati, Ohio.
They were all close in age and were inseparable, as if they were more of
best friends rather than brothers. Everyone around town knew the brothers
and often referred to them as the “Tonseth rascals,” because more than
likely they were getting into trouble from playing pranks of the neighbors.
My dad’s biggest dream was to play a prank on his 5th grade teacher, Ms.
Garrison.

During a cold and snowy December, the four brothers built a snow fort and
filled it with snowballs to launch at cars as they drove by. While rolling
the perfect snowballs, my dad came up with the great idea to stack hundreds
of snowballs on Ms. Garrison’s car, who lived three doors down from
their house. After many treks to her house to cover it with hundreds,
yes hundreds, of snowballs, the “Tonseth rascals” admired their finished
product and quickly ran home to celebrate their accomplishment. The
brothers couldn’t wait to tell their friends at school what they did to Ms.
Garrison.

But right as the brothers were walking into their driveway, their mother
and Ms. Garrison were waiting on the porch bundled up in scarves and
jackets and drinking hot chocolate. They were laughing away as the “Tonseth rascals” stood there: jaws opened and dumbfounded. My grandmother was a teacher and friends with Ms. Garrison, and she had come over to enjoy hot cocoa and catch up on their lives. Instead, she was entertained by secretly watching the four brothers stack hundreds of snowballs on her car. Needless to say, she made just my father pick every single snowball off her car, and then my grandmother allowed his brothers to throw them at him. Guess the prank was on my dad.

Girls, This is a How a Lady Plays Hard to Get to Get What She Wants.

Ah, the romance of Hawaii.

Today’s Lady in Defiance is submitted by Mary Margaret Smith

Back in the early 50’s, my grandma was a young divorcee with an 8 year old
daughter by her first marriage, and my granddaddy was a young widower.
When they met, my grandma had taken a bookkeeping class at a local college
and her teacher recommended her to my granddaddy, who had recently returned
home from the war and started a furniture business. He hired her and they
soon began dating, often going out after work.

However, Burlington was a pretty small town at the time, and in a year or
two my grandma heard a rumor that, even though he was supposedly dating my
grandma exclusively, he was dating local schoolteacher on the weekends!
She found the rumor to be true, and without even saying anything to my granddaddy, she
decided to leave town. She had a sister who had moved out to Hawaii
several years before, so she packed up her whole home and life, and had all
her possessions shipped in crates to Hawaii. She and my aunt flew out the
following day.

My granddaddy figured out what had happened and managed to get hold of her
when she was in St. Louis for a night with an uncle of hers. He told her
he had broken up with the other woman and begged her to come back, but she
refused. She told him, “If you love me that much, you’ll have to come all
the way to Hawaii and get me!”
So, my grandma and her young daughter flew all the way to Hawaii. The day
after their arrival, my granddaddy appeared on her doorstep! He told her that he
had been a complete idiot and proposed right there. They were married in a
quaint little church in Hawaii two days later, and then turned right around and headed
back to North Carolina! In fact, they were married and left Hawaii before the
crates of all my grandma’s possessions had even arrived there!
My grandparents remained married the rest of their lives, and I really have
never seen two people more in love, but I’ve also never really heard a
story of a marriage so unique as this one! It’s also pretty scary to think
how close they came to losing each other forever, but whenever my
granddaddy told the story, he insisted that he would never have let that
happen. And up until his death a few years ago, my grandma would never
tell the story without jokingly reminding granddaddy how much he had goofed
up when he tried double-crossing her!