From the Ashes of Disaster, a Legend was Born

She lifted the lid on her trunk and sighed at the sight of her corset. Why did she keep that thing around? She picked it up, contemplating tossing it in the stove and burning it.

Have you ever had something so horrific happen in your life you just couldn’t believe for an instant God would bring anything good out of the experience? When I read the true story of Juliet Watts I was profoundly impacted by how she not only survived her ordeal but lived a full, fruitful life. She was a survivor AND an overcomer. She is also the inspiration for the character in my novel Locket Full of Love (which is on sale today!).

In Locket, there is a ten-year gap from the opening to when we see Juliet again. I wrote a short story about her during this time and gave it away exclusively to my newsletter subscribers. Here is a sneak peek at Juliet’s Corset (the Short Story).

She lifted the lid on her trunk and sighed at the sight of her corset. Why did she keep that thing around? She picked it up, contemplating tossing it in the stove and burning it.

“My, that looks like it’s got a story behind it.” Sam, the grizzled, weathered bartender she’d met the day she found the saloon, stood in the doorway, her valise in his hand. 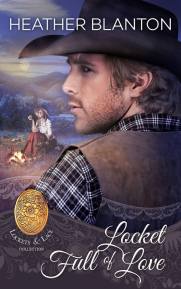 Juliet sucked on her cheek, the memories flashing through her mind as fast as lightning. “Saved the woman’s life who was wearing it.”

“No kidding?” Sam stepped in and set the valise on the bed, his pock-marked, gritty face alight with curiosity. He peered around Juliet for a better look. Not nearly as enamored with it as he appeared to be, she handed it to him.

The big man inspected the undergarment carefully, pausing over every tear, every rip, and especially the hole in the front. “Saved her life, eh?” After a moment, his hand stilled. “I remember hearing tell years ago of a woman the Comanches tried to…harm and the corset stopped an arrow.” He regarded Juliet with one raised brow and narrowed eyes. “I thought that was just another tall tale out of Texas. How’d you come by this?”

She almost offered a dismissive answer but gave in to his curiosity out of sheer weariness. “It was me. I was wearing that corset when the Comanche hit Rimfire. I survived. My husband did not.”

Sam’s expression melted into sympathy and he nodded. “I’m sorry for your loss.”

She plucked the corset from his hands and tossed it back into her trunk. “Yes. Thank you.”

With her back to Sam, she thought he might understand she was done discussing the past, but he didn’t leave. A moment later, he moved off to her left so he could see her profile. “Ain’t really any of my business, but the busiest saloon in town has a twelve foot stuffed grizzly on display. The owner shot it up in Montana territory. It brings in a lot of people to the Big Bear Saloon.”

Was he suggesting…? Juliet cut her eyes at him. “You think I should…?” What was he saying?

“I think a lot more men in this town would rather see the Iron Rose of Texas and the garment that saved her life.”

“The Iron—” The Iron Rose? She’d never heard the name. It both horrified and flattered her. After a moment’s thought, however, she decided she did not wish to perpetuate what it implied. “I don’t think I want that moniker.” She sat down on the bed. “I’m alive because I wore a corset they had no idea how to undo. I didn’t fight them off single-handedly in wild combat.” She swallowed against the knot forming in her throat. “I’m no Calamity Jane. I just got lucky.”

Sam scratched his chin thoughtfully, shoved his hands into pockets and nodded. “Seems to me, God was watching out for you.”

She clamped her jaws. She hated hearing that. People who said that didn’t wake up in the middle of the night, bathed in sweat, choking back a  scream caused by nightmares so real…

She sighed and stood up again, ready to end this conversation. “Thank you, Sam,” she said curtly. “I’ll see you downstairs in a bit.”

His face, wise, wrinkled, melted a little in obvious hurt and Juliet felt as if she’d kicked a dog. But she couldn’t talk about God…he was too cruel, too distant. If he was really a loving God, maybe one day he’d shove past her anger and show himself, but she wasn’t holding her breath.

Juliet had helped Hugh enough in their mercantile to understand the inventory management of a saloon. Not to mention, Sam was a great help. No, the hard part about running a saloon was managing the patrons. Bossy, arrogant, sometimes inebriated, expecting things from Juliet they had no business expecting.

Tired of the continual argument to protect her reputation, she pushed a beer across the bar and frowned at the grinning, hopeful sailor reaching for it. “I said no, James, and my no means exactly that.”

In his late twenties perhaps, tanned and weathered from life in the elements, he was man enough to understand her meaning. Yet, a devilish glee still played around his lips and she was wary. He was a River Rat, as these men called themselves. They ran the Missouri and the Mississippi aboard paddle wheelers and flatboats, only stepping ashore long enough to entertain themselves for an evening and then back to the water they went. They didn’t seem to have many rules and even fewer boundaries.

Well, Juliet was not here for his or any other Rat’s entertainment. “For the hundredth time,” she said slowly, “you can get beer or liquor here and that is all.”

James huffed, drummed his fingers on the mug of beer. The men on each side of him chuckled knowingly. Juliet had given them the same speech.

“Beer and liquor,” he repeated, his heavy Southern drawl drenching his words.

She gave him a slow, acquiescent dip of her chin.

“But see,” he leaned forward and lowered his voice, “you’re so pretty. I was thinking about you out on the wide water yesterday. I’ve got a silver eagle burning a hole in my pocket, just for you—”

“James,” Juliet snapped, losing her patience. “There are plenty of pretty girls down at the other end of the street.” Her raised voice drew the attention of several nearby patrons. A few smiled. A few did not. Hungry stares argued a consensus was growing Juliet should add herself to the list of drafts available in the Lost Sally. She moistened her lips and took a moment to calm down. “I think that beer is your last one here tonight.”

If you’d like to read the whole story, Juliet’s Corset, please subscribe to my newsletter and we’ll get it right out to you. For subscribing, you will ALSO get a free copy of A Lady in Defiance–the Lost Chapters. Readers really have enjoyed learning the backstory of my sisters before they left Carolina for Defiance. 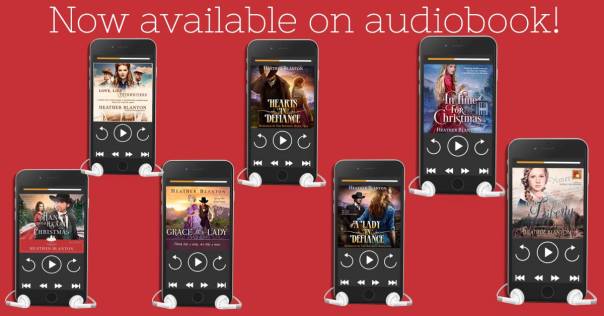 Never Take A Whale Bone Corset to an Indian Fight

Doing research for my new book, I came across an amazing story of a woman with a steel backbone … and ribs to match!

Juliet Constance Ewing was born in Ireland, date unknown. On September 17, 1839, she and her brother, William G. Ewing, entered Texas as immigrants. And it was women like her who gave the state its reputation. 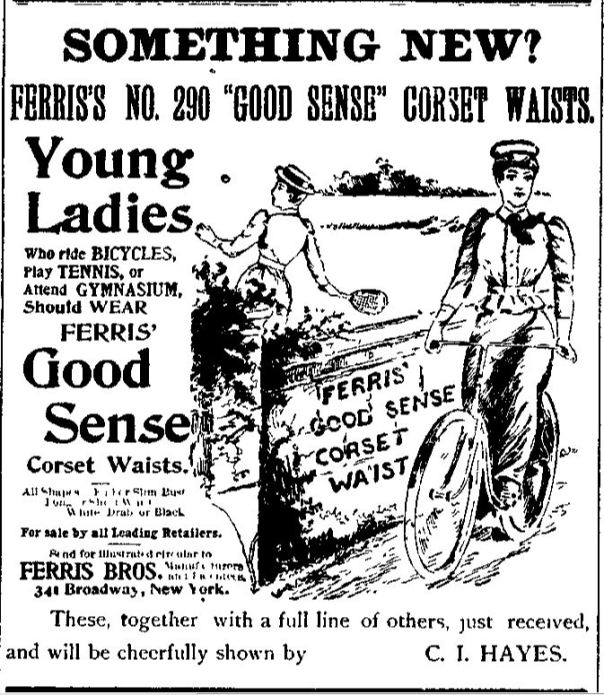 Juliet had the misfortune to suffer firsthand Texas’ change in policy toward Indians. Under the earlier leadership of Sam Houston, the Republic had few problems with the tribes, as he understood and respected them. His successor, Mirabeau B. Lamar, did not. He promised the extermination of the Comanches.

On July 18, 1840, Juliet married station manager Hugh Oren Watts. This same year, talks with the Comanches broke down and 35 braves were massacred by US troops. The tribe hit the warpath with a vengeance. Shockingly brutal attacks ensued, ending with the “Great Comanche Raid” that Texans still talk about today.

Just like Sherman would march through Georgia decades later, the Comanche thundered across Texas, burning, scalping, raping, and pillaging. When they attacked the small community of Linnville, where Juliet and William resided, the town was completely unprepared. Panicked, running for their lives, the townsfolk made a bee line for the boats in the bay, thinking to float out of reach of the marauders.

Only, William suddenly realized he’d left behind a gold watch. And went back for it. Juliet in tow. I don’t know which one was dumber.

William was killed and scalped. Juliet was taken captive. The Comanche spent most of the day pillaging the community, setting ransacked buildings on fire, and, no kidding, trying to figure out how to get Juliet out of her steel-boned corset.

Running out of time and exasperated by the infernal garment, the Indians tied Juliet to a tree and shot an arrow into her breast. Only, the steel ribbing and thick material slowed the arrow down enough so that it didn’t kill her. Merely lodged in her breast bone.

From his eye witness report, Robert Hall recalled, “A little further on I found Mrs. Watts. They had shot an arrow at her breast, but her steel corset saved her life. It had entered her body, but Isham Good and I fastened a big pocket knife on the arrow and pulled it out. She possessed great fortitude, for she never flinched, though we could hear the breastbone crack when the arrow came out.”

Clearly, Juliet was one tough customer. This should have been a big hint to her second husband.

She married Dr. James Stanton in 1842, but divorced him five years later – the first divorce in the new state of Texas. Oddly, the woman demanded nothing short of complete fidelity from her husband. He didn’t see it her way and for the disagreement, got to hand over to her the hotel the couple had opened. One of his better decisions.

Juliet’s third, and, thankfully, final, husband was a Dr. Richard Fretwell. They were married until her death in 1878.

I’ve no doubt Juliet was buried wearing her corset. Steel ribs to match her steel spine.

Check out my books below to find more ladies with the fighting spirit!