Who Wrote These Rules? Jimmy Buffett?

LET’S DISCUSS what “Essential” means during our time of quarantine. It’s all over the board but here are a few things you CAN’T do and YET CAN DO. Yeah, it’s just a little irritating. Liberty IS at stake here. Have no doubt.
Go fishing=NO…Get an abortion=YES
Buy seeds=NO…Play the Lottery=YES
Go to the park=NO…Go to the Liquor store=Yes
Go to Goodwill=NO…Go to Walmart=Yes
Go to church=No…Go to the Pot store=Yes 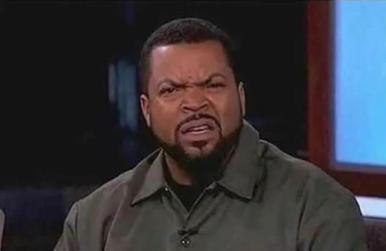 I LOOK AT THIS NONSENSE and wonder, “Who wrote these rules? Jimmy Buffett while he was strolling down his private beach with a margarita in one hand and a doobie in the other?” 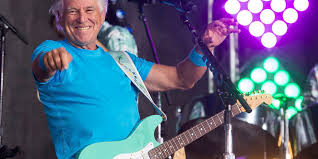 PARDON MY VULGARITY, but the man did have a hit song entitled, “Why Don’t We Get Drunk and Screw?” Well, you sure can get drunk, get high, fool around, and then solve the problem with an abortion.
BUT DON’T TRY TO SHOP at the consignment store for children’s clothing or go to church. Did you know, in some states, congregants have been ticketed for sitting in their cars in the church parking lot!?
SURE SOUNDS AS IF SOMEONE is wasted away in Margaritaville. Our elected officials.
Advertisement

How did all this come about? It’s one crazy God-story! 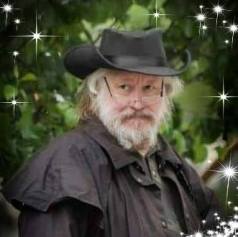 I was on facebook private messaging with my assistant when I happened to see actor Matt Williams announce that he’d done well in an audition, got the part, and probably another one. I hopped over to just quickly congratulate him. He commented back that he’d like to get a part when one of my books was made into a movie. I said, “Well, it just so happens that I do have a script for A Lady in Defiance, but I haven’t done anything with it.”

Matt immediately private messaged me and asked me about this book. I told him to date it had sold over 50,000 copies and I did write a script for it, passed it around to a few professionals in the industry, but they wanted me to make some changes to it. I wasn’t averse to doing that, I just didn’t feel like working on the script. Really, I’m a novelist.

Matt said there was someone he wanted me to meet and even over the facebook messenger I could hear his excitement!

The next day Micah Lyons reached out to me and wanted to know all about my Defiance books. After a few days of back-and-forth, he made me an offer! And get this–in the course of our conversations, Micah mentioned that he’d seen A Lady in Defiance one day in a Books-a-Million and kept the story in the back of his head! Honestly, we both took that as a sign. 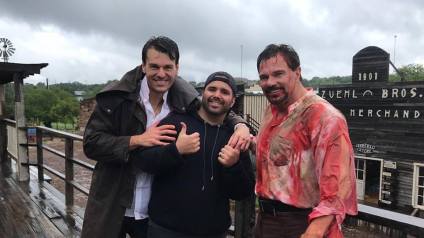 Micah Lyons–the man in the middle after directing a fight scene.

I suddenly realized I might be on the verge of a life-changing decision and reached out to some wonderful folks like Brian Bird and Bodie Thoene for some advice. They were kind enough to offer their thoughts. Like get an agent, don’t give Micah the option on all three books, etc. Then JD Dewitt of 5×5 Productions answered my inquiry and wanted to talk. 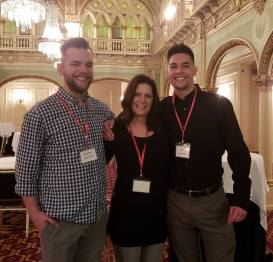 JD and her sons

JD is precious. I love her to death. Her favorite genre is Westerns and she had already read A Lady in Defiance back in 2013! In short, she now represents me and helped hammer out the deal with Breath of Life Productions.

As I mentioned, one of the things that some professionals recommended I NOT do was give Breath of Life the option on all three books. In case the first one sold, then I should have the ability, they argued, to maneuver for a better deal on books 2 and 3, maybe with a bigger producer. Honestly, that just didn’t feel right to me. Micah was the first producer to look at this project and want to commit immediately to a series, not just one movie. He said he couldn’t see it any other way. That was when I knew. The “up-and-comer” in Hollywood had to have his shot. If Breath of Life Productions and Micah can sell this project, then they deserve to handle all of it.

I’ve heard NOTHING but good things about Micah Lyons and have enjoyed my talks with him immensely. A Godly young man, he is living in a dark kingdom and taking the Light to it.

I say let’s take the good news to those living in Defiance! I hope you’ll pray for this project. We would all appreciate it very much.

Now, a question. Who would you like to see play Naomi Miller and Charles McIntyre? I vote Reese Witherspoon for Naomi, but I’m still deciding on Charles!