Let’s celebrate Christmas in July with another awesome giveaway, from a lovely western writer… JULIE LENCE!

One winner will receive these three stories:

With a winter storm threatening to blanket the land in snow, James Landry boards a train to Denver two days before his Christmas Eve wedding to Tess Weston, despite her misgivings that the storm will hinder his return trip home. But James has to go to the big city to replace the worthless ring he mistakenly bought for her with a band of real gold, and assures her nothing, not even snow, will keep him from arriving at the altar on time. But James doesn’t count on finding himself stuck in knee-deep drifts, with a Colt .45 staring him in the face.

Tess has had an eerie feeling that something bad is going to happen to James since the moment he told her of his trip. With fat, flakes of snow falling steadily from the sky, images flicker in her mind of him stranded in a hotel room, or on a cold train car. But for some reason, the snow piling up outside her window doesn’t lend weight to her fear that James is in grave danger. Determined to help him, Tess sets out on a course to find him, only to have one obstacle after another deter her from reaching him. 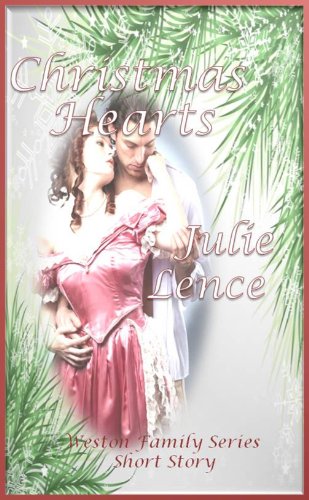 After spending two years in Wyoming, Cade Weston is eager to return to his family’s ranch to celebrate the Christmas holiday. But fate intervenes in the form of a tortured soul—Nicole. Her guardian has abused her, leaving Cade with little choice but to pay for her freedom and take her with him. Holed up with her in a Denver hotel, a feeling hints he wants more from her than a thank you for having helped her. Problem is she doesn’t return the feeling.

Nicole Lamar has spent the past six months dreaming of freedom. Savannah, with its warmth and sunshine, beckons. Now that Cade has rescued her from an evil proprietor, that freedom is within reach. But when the handsome cowboy proves he’s the owner of a Christmas Heart, a life without him suddenly isn’t so desirable. Before she can approach him about the matter, he purchases a ticket for her on an eastbound train. And one for himself on a southbound train. 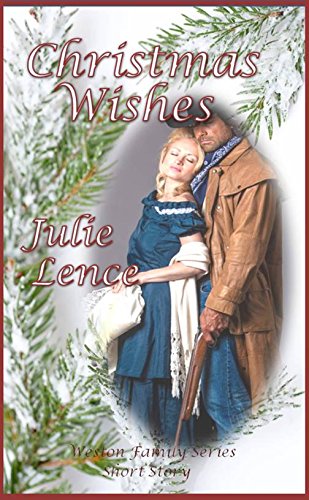 U.S. Marshall Chance McBride has spent weeks tracking Steve ‘Smarty’ Jones. Ambushed and wounded by the outlaw, Chance is forced to seek help at a nearby school. But the teacher isn’t what he imagined. Instead of a male wearing trousers, a female takes charge of his care. Bright blue eyes and soft curves; Tabitha’s sassy nature awakens a deep-seated loneliness only she and a Christmas wish can soothe.

Tabitha Weston has never favored anything girlie. She’d rather saddle-break wild horses than bat her eyelashes and flirt with a man. But one glimpse into Chance’s molasses-colored eyes and Tabitha’s abhorrence to relationships is suddenly corralled by her need to win the lawman’s favor. Can a wish upon Christmas snow for him to trade the freedom of the trail for a home with her actually come true? She’s about to find out.

The winner will receive Christmas Miracles, Christmas Hearts, & Christmas Wishes courtesy of author, Julie Lence. This giveaway is open internationally to anyone that can receive an e-book. Enter through the Rafflecopter link below: