ASK ME TO MARRY YOU! New Release and Book Excerpt #LadiesinDefiance 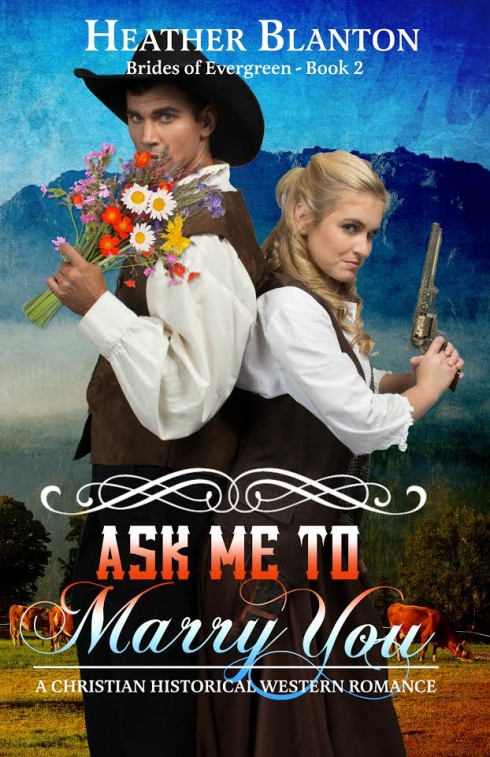 Book Excerpt from Ask Me To Marry You. Available for pre-order now! ONLY $.99!

In the tiny courtroom in Evergreen’s town hall, Winston snagged Sheriff “Dent” Hernandez and a cowhand paying a fine, to act as witnesses. Audra’s heart beat out of her chest as the Justice of the Peace said the words to a simple ceremony.

She repeated this isn’t real, it’s just for show over and over in her head, but when the justice of the peace pronounced them man and wife, she felt a terrible explosion of panic. Oh, Lord, what have I done?

“You may kiss the bride.”

She and Dillon leaned toward each other, then backed away, shock and confusion on their faces. Awkwardly, he shoved out his hand. Dent snorted at the absurd gesture. Audra didn’t know what to do and stared at Dillon, horror and humiliation washing over her. Winston cleared his throat and bobbed his chin slightly. Though this was a lie, a charade, people had to believe she was married.

She closed her eyes and lifted her face to Dillon. The time felt like an eternity until his lips pressed against hers. Warm and gentle. Then his hand came to rest lightly on her cheek. Something inside her sparked to life. Her breathing hitched and her legs suddenly felt all wobbly. He deepened the kiss—

Heart pounding like a stampeding herd, Audra pulled away from Dillon, but didn’t miss the

mischief in his eyes. Or was that desire?

You can also read book one in the Brides of Evergreen series Hang Your Heart on Christmas for only $.99 too. Be caught up before book two releases on September 21, 2016!

Posted on September 13, 2016, in Ask Me To Marry You, Heather Blanton, Ladies in Defiance and tagged a lady in defiance, heather blanton, heather frey blanton. Bookmark the permalink. Leave a comment.