A Heroine in Defiance 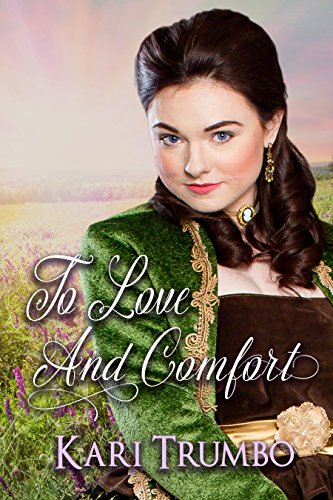 I’m one of those lucky authors that writes by the seat of my pants and rarely has to deal with writer’s block. However, the lead in my latest release To Love and Comfort was the one and only time I can honestly say it happened. She was tough and kept turning on the silent treatment.

I would be writing along and enjoying the story, feeling the flow, and all of a sudden she would shut me out. I wrote the story four times. On the first try, I got to about 40k words and then she clammed up. I had read about writer’s block so I figured she would start again eventually and worked on another project, trouble is, she never started again on that manuscript. She would rather have her story untold than the way I’d written it. I had already promised her story to readers so I read what I had and fixed some areas but it was enough. Did I mention she’s stubborn?

On the second try, I left the first chapter as it had originally been. I really felt that first chapter was right and I guess she agreed with me because we got along nicely for about the first 30k words. Then, she left me high and dry. I read through what I’d wrote and seriously wanted to scream. Margot, what gives?

I thought there was a problem with the interaction of two characters, so I changed how the story went to avoid putting those two together and again, things went great for the first 40k words. I thought things were going well and was about to bring her father back into the story and BOOM, radio silence. If I were a cussing woman, now would have been the time to start. At this point, I’d invested more time on this story than any one I’d written to date…and it wasn’t finished.

Finally, I gave the story to the Lord as I realized I was also writing in defiance of Him. I hadn’t asked for His guidance in the story. I asked him to please tell me what was wrong, what lesson did I need to learn so that I could write this the way He would like it written. He gave me insight into why my character was being so defiant. She had something painful to go through and I couldn’t blame her for bucking me. I wouldn’t want to live through what I was going to have to put her through to tell her story.

She is one of my strongest, most favorite characters to date. She isn’t strong in the sense that she could tussle with you, but she is strong in character and inner strength. She showed me that while defiance can be incredibly frustrating, it can lead you see strength in others you never dreamed was there.