Moon Hawk’s eighteen-month-old daughter, White Buffalo Girl, died shortly after the Ponca tribe was forced from their home on the Niobrara River (Nebraska) by the U.S. Army.

The Ponca were a peaceful tribe but a mistake in treaty negotiations had given their land to the more hostile Sioux. To “protect” the Ponca, the government decided they should be relocated to Oklahoma Territory.

As the storm raged around them, the Poncas headed south. Because of White Buffalo Girl’s illness, they camped outside the small community of Neligh. The next day, the townspeople attended the toddler’s funeral.

We know nothing about the grieving mother except she didn’t attend her daughter’s burial. Her husband did, and he asked the townspeople to care for his child’s grave as they would one of their own.

The Neligh community still keep the promise made by their forefathers almost 140 years ago.

When I heard that Barbour wanted novellas for The Courageous Brides Collection, I imagined a story based on this poignant event. Marcy Whitt, the fictional heroine of The Healing Promise, bravely faces her fiancé’s disapproval and a torrential downpour in her attempt to console Moon Hawk.

It’s a story of love amidst grief that I hope honors the memory of the Ponca Trail of Tears and especially White Buffalo Girl and her parents.

The Healing Promise by Johnnie Alexander

During a forced march to Oklahoma, the Ponca Indians camp outside Neligh, Nebraska. When Marcy Whitt is unable to save the life of a Ponca child, she risks her reputation and her engagement to help the grieving family. When her compassion and courage attract the attention of a man who is more worthy than her fiancé, will she give him her heart? 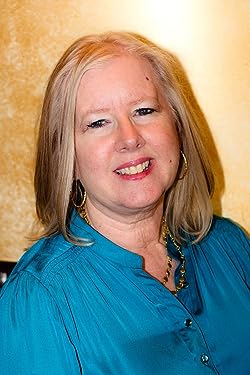 Johnnie Alexander writes stories of heritage and hope while raccoons and foxes occasionally pass by her window. Her debut novel, Where Treasure Hides, was a CBA bestseller and has been translated into Dutch and Norwegian. Where She Belongs, her first contemporary romance in the Misty Willow Series, was Library Journal’s Pick of the Month (February 2016). Johnnie treasures family memories, classic movies, road trips, and stacks of books. She lives near Memphis with Rugby, the princely papillon who trees those pesky raccoons whenever he gets the chance.

Thank you so much Johnnie, and as a bonus, she has offered to giveaway a copy of The Courageous Brides Collection to one lucky winner. A US winner will have a choice of paperback or e-copy and an international winner will receive an e-copy. Enter through the Rafflecopter below:

The giveaway will run through July 15, 2016 and the winner will be announced on July 16.

If you’d like to find other blogs offering awesome book giveaways, below is the list, so start “hopping!”