Have you heard of her? The three-time RITA Award winner (the Oscar of romance fiction) Irene Hannon is here today. Check out her interview to learn more about this talented author! 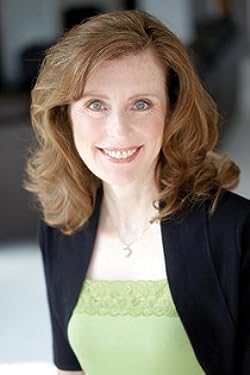 All of my books have contemporary settings, so there isn’t much these days that would be considered off-limits to women or make a woman a “Lady in Defiance.” I doubt any profession, political opinion or activity embraced by a women would raise eyebrows. However, many of my heroines are involved in professions that at one time were the exclusive domain of men. For example…I’ve had a female cranberry farmer, psychologist, police chief, federal judge and professor.

What real-life “Lady in Defiance” has impacted your life or writing?

One of the women who influenced me in terms of being a “Lady in Defiance” was actually someone I never met. My father and his sister were raised by an unmarried aunt in Ireland, and she worked her whole life doing a wide variety of jobs to support her “adopted” children. I heard stories about her all the years I was growing up, and I know she influenced my dad’s opinion about women’s capabilities. I believe that, in turn, influenced how he raised me. Because she modeled the behavior of a strong woman who could take charge and survive on her own in an era when that was uncommon, he always believed I could do the same. That was a fabulous legacy from a woman I never met but will always admire.

Not only are you a best-selling author but also an award winning author. Which one of your awards has meant the most to you and why?

Two stand out. My induction into Romance Writers of America’s Hall of Fame after winning my third RITA Award (the Oscar of romance fiction) last year, and my Career Achievement Award from RT Book Reviews, which I just received, and which recognizes my entire body of work. While it’s always great to receive an award for a particular book, these are special because they pay tribute to consistent excellence.

Have you ever needed to contact “experts” regarding any of your book scenes to make sure they were written as authentically as possible?

All the time! I’ve called upon a host of experts, including police officers, FBI agents, a U.S. marshal, detectives, PIs, health-care professionals, academics, a forensic anthropologist, a wilderness medicine physician, a chemist, a cranberry farmer, a botanist…and many, many others. Even though I write fiction, I’m a stickler for accuracy in the real-life parts of my stories.

It seems that TV and movie studios have picked up on the fact that viewers like wholesome, feel-good stories and strongly crafted plot lines. Can you see any of your books being made into a film or series?

Yes! All of them! Seriously, I think many of my books in both genres (suspense and contemporary romance/women’s fiction) would make wonderful movies. I’m just not sure how to catch the eye of a producer/director!

Do you have a favorite quote from Sea Rose Lane, your latest book, you can leave us with?

There are a bunch of quotes I like from this book, which is set in my charming Oregon seaside town of Hope Harbor—where hearts heal and love blooms. But here’s one of my favorites: “Taking the easy route doesn’t always lead to the best views.” I love this story about second changes and discovering that sometimes the curves life throws us—tough as they might be at the time—can lead us in new…and better…directions.

After a devastating layoff, attorney Eric Nash heads back to the town where he grew up–only to discover that his childhood home is being transformed into a bed & breakfast. Instead of plotting his next career move in peace, he’s constantly distracted by noise, chaos–and BJ Stevens, the attractive but prickly blonde architect and construction chief who’s invaded the house with her motley crew.

As for BJ, her client’s son might be handsome, but after a disastrous romance, dating isn’t high on her agenda. Yet when they join forces to create a program for Hope Harbor seniors, might they also find healing, hope, and a new beginning themselves?

Irene Hannon is the best-selling author of more than 35 novels. Her books have been honored with the coveted RITA Award from Romance Writers of America, the HOLT Medallion, the Reviewer’s Choice Award from Romantic Times BOOKreviews magazine and the Daphne du Maurier Award for mystery/suspense. Irene and her husband make their home in Missouri, USA. Irene invites you to visit her at her website, www.irenehannon.com.

Posted on June 7, 2016, in Guest Post and tagged a lady in defiance. Bookmark the permalink. Leave a comment.