Thanks for visiting this stop in the Wishful Thinking Giveaway Hop! Our event is hosted by Savings in Seconds. The participating bloggers are linked below, ready to help your wishes come true with some fabulous prizes! Be sure to stop by and enter the Grand Prize giveaway for a chance to win a $50 Lily Nily gift card.

Hi BJ! Tell us more about your latest book:

Alexis, called Lexie, in Siege of Azalea Plantation and Azalea Plantation might be considered a “Lady in Defiance” when she vows to teach slaves to read even though it is dangerous and she’s warned against it. She’s also warned that it’s not wise to sharecrop her plantation when the war is not over, and the South hasn’t lost, that it could also prove dangerous. She’s warned not to discuss the fact that she has freed her slaves before the emancipation proclamation was even official, so she is in defiance of the times. These are Civil War historical romance novels.

Are there recurring themes throughout your books? Words or strengths/weaknesses that you are trying to touch on in your characters’ stories?

A young widow must learn to let go of the past to claim a future. She’s lost her new husband in the Civil War and will have his baby to rear. When Reese Armstrong appears in a Union blue uniform, she wants nothing to do with him and blames the Federals for her Luke’s death. She’s forced to deal with him when he uses her home for a hospital for his wounded soldiers and, gradually, he tugs at her heartstrings and makes her want to live again. She has to let him go to continue fighting in a war that never seems to end. Her strength lies in finding something productive to do with her time while he’s gone in teaching others how to read. Her weakness is worrying that she’ll lose another love to the same war.

Do you have a God-moment to share? An instance where you knew you were in the right place, doing the right thing, for His greater purpose?

I was there for a family member who needed to give her heart to God and spent nearly a day talking to her about the situation. When we finished talking, she phoned a local preacher, and was saved the following Friday. That is my most recent one, but I’ve had others in my life. 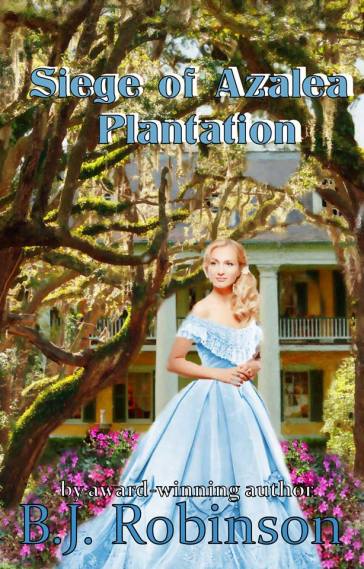 Siege to Azalea Plantation is here!

Book 1 – An explosion rocked the earth. Lexie gasped as it shook the ground beneath her feet, and she felt herself slide. Down she went, right down the embankment. She grabbed at tree roots as she slid. It was nearly dark. She wondered if she’d be found. Alexis never thought she could love again until Reese Armstrong made her want to live. Reese never thought he’d fall for a belle or any other woman after what he’d been through.

Reese Armstrong recently married Alexis, but he must leave her after a short honeymoon to continue fighting the Civil War with Sherman in Georgia. Lexie’s heart breaks when he decides she’d be safer at his uncle’s plantation near New Orleans, and she must leave her beloved home. Trouble strikes in New Orleans and leaves her to wonder if she’s made the right decision. Will she ever see little Reese, her husband, or her beloved home again?

Bio: B. J. Robinson pens novels from Florida where she has three dogs who keep her company as she writes. She is blessed with five children and thirteen grandchildren. If you would like to explore the various genres she’s written, please check out her Amazon Author page. 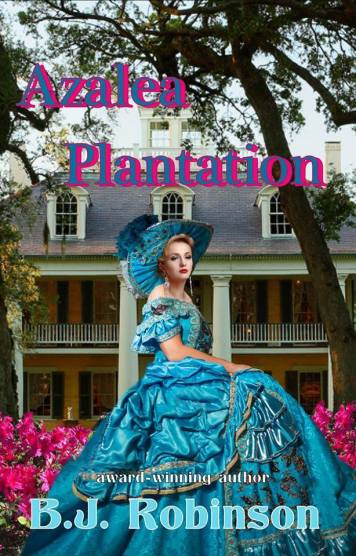 The giveaway is open internationally. The winner will receive an e-copy of Azalea Plantation by B.J. Robinson. Enter through the Rafflecopter below:

If you’d like to find other blogs offering great giveaways, below is the list, so start “hopping!”

Posted on April 16, 2016, in Book Giveaway, Guest Post, Ladies in Defiance and tagged a lady in defiance, heather blanton. Bookmark the permalink. 11 Comments.