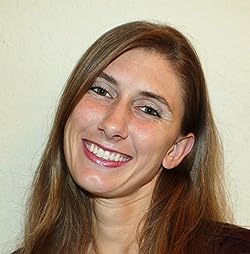 Where Ladies Dared not go…She Went!

During the course of research for my book The Matchmaker’s Match, I discovered an incredibly interesting lady who lived during Regency and Victorian England.

Wow…talk about an amazing lady. In her lifetime, she bore eleven children, campaigned for prison reform at one of the most notorious prisons in London, started a homeless shelter, wrote a book, wrote articles, wrote letters…this was one busy lady.

Such a kind heart must have beat inside of her. How great her compassion! Though she was born Quaker and married a Quaker, and though she was very strict in her religious habits, it was more than just her religion that prompted such sincere and strong efforts on her part? She claimed that from the moment her “heart was touched,” she woke every morning wondering how best to serve God.

She had rules for her life, and they included kindness.

When she visited Newgate, London’s notoriously overcrowded prison, all of her previous charitable works could not prepare her for the shock she received at how the women prisoners lived. She spent a night in Newgate prison so that she could better understand what the prisoners went through.

She must have been an indomitable lady to meet. According to biographyonline.net, her husband supported her political ventures. He stood behind his wife. I think that says so much about who she was as a person, behind closed doors where no rich, famous people could see her. If her own husband completely supported her efforts, then he must have known what a beautiful soul she was. During the Regency era, so many wives in higher society seemed decorative, but Elizabeth Fry wasn’t afraid to venture from the norm, from the safe haven of her home. Her boldness and strong character lent her a credibility that even won her the support of Queen Victoria and a Prussian monarch named Frederick William IV, who visited her as she served in the prison.

Elizabeth Fry was a monumental force in the history of womankind. Not only did she accomplish many reforms in the prison system, but she drove back the darkness of humanity with the brightness of her kind heart.

She was the only really very great human being I have ever met, with whom it was impossible to be disappointed. She was in the fullest sense of the word a majestic woman. It was impossible not to feel some awe before her as before some superior being.

Jessica Nelson believes romance happens every day, and thinks the greatest, most intense romance comes from a God who woos people to himself with passionate tenderness. When Jessica is not chasing her three beautiful, wild little boys around the living room, she can be found staring into space as she plots her next story. Or she might be daydreaming about a raspberry mocha from Starbucks. Or thinking about what kind of chocolate she should have for dinner that night. She could be thinking of any number of things, really. One thing is for certain, she is blessed with a wonderful family and a lovely life.

Posted on March 28, 2016, in Guest Post, Ladies in Defiance and tagged a lady in defiance. Bookmark the permalink. Leave a comment.