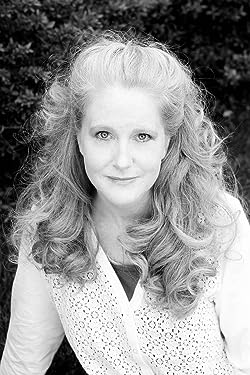 Howdy and welcome to Ladies in Defiance. Let’s get to it!

How was one of your heroines, “A Lady in Defiance” of the times or circumstances in which she lived?

In this particular series, a Class of Their Own, all three heroines are definitely not usual ladies of the times.  That they’ve taken to renting a suite of rooms together was not all that common, nor was the idea that three somewhat respectable women would be living without the benefit of an older relative living with them. That they were working women was not unusual, although it was thought to be rather unseemly to be an actress during that time.

I have always found it interesting, though, that everyone seems to believe that women of the Gilded Age – think post Civil War until the beginning of World War I, were always demure, innocent, and incredibly proper.  The research I’ve done on New York High Society, especially during the later years of the Gilded Age, suggests ladies were not as demure as one would think, and scandals were quite the order of the day, some scandals being hushed up with blackmail money in order to keep a lady’s reputation intact.

All of your heroines are quirky but still very formidable. How do you achieve it and what makes this balance work out so well?

I’ve always been drawn to very quirky people, and have always been drawn to books with quirky characters, so it was a natural when I decided to try my hand at this writing thing that quirky would be the order of the day.  I was never partial to romances that had anything but strong heroines – and really enjoyed the heroines Amanda Quick created clear back in her early publishing days. Because of that, when I started writing romances, my heroines just turned out formidable and quirky – I really didn’t plan them that way, it’s just how they’ve shown up on the page and continue to show up on the page.  I think their strong personalities work well because they’re rather flawed, and that allows readers to sympathize with them.

Are any of your characters based on real life people?

Yes, most of my characters are loosely based on people in real life – although I never divulge exactly who the inspiration was for any particular character – that could get me in all sorts of trouble – although…my son was the inspiration for little Ben in my first series – he was a biter, you see, in his youth, so I figured it’s only fair, given the chomps he took out of my arm back in the day, that I allow everyone to know he was the reason Ben was created.

I notice you’ve involved a lot of animals as key players in your books. Why do you include them and what has been your favorite one so far?

I’ve always had a thing for animals because they just crack me up.  My favorite so far was Matilda, the pig, and while I know some people found her to be completely out there – she was based on a real pig I knew, so…if you’ve ever known a pig well, you’ll understand exactly why I included her, and if you’ve never had the pleasure, you’ll probably just think I’m a bit peculiar.  The flock of peacocks I included came about because I was actually chased by a flock of peacocks at a zoo, which…who knew they were so vicious?  And, someday I’ll be adding a beaver pond because my son and I stumbled on one of those quite a few years back.  He, being the angel child that he was, took off into the water and sank up to his neck in the silt that’s evidently common around beaver dams.  Since I was wearing white shorts at the time and had to go in and rescue him, ruining my shorts in the process, well, it’s a bit of history I’ll never forget, nor will I forget the gathering of beavers on the opposite side of the dam from me, sending me a few hairy eyeballs as I towed my son to shore.. .

A lot of your comedic scenes are very slapstick, with an I Love Lucy or Three Stooges feel to them. How do you come up with this type of physical comedy?

It’s just the way my brain sees scenes as I write them.  To write comedy, I think the writer needs to be rather weird, and since that’s never been a problem for me, writing amusing stories with slapstick included was a given.  Plus, I have to admit that in my life, situations have occurred on an all too frequent basis that really could have been pulled from an I Love Lucy episode – like when I was a lifeguard and the wind whipped up, caused the umbrella to close over my head, and then, because it was so windy, I got lifted off the seat and thrown into the pool with the umbrella still over me, the only part visible being my bare legs – Honestly…that right there is great fodder for stories – not that I realized that at the time – I was somewhat embarrassed, but it was pretty hilarious after another lifeguard jumped in to save me from drowning a most certain death. 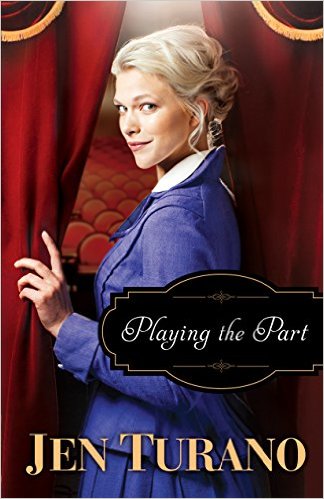 What are you working on next?

I am currently working on a new series – tentatively titled “Apart from the Crowd.”  It’s a wallflower series, and I’m going to start it off with a prequel novella which will be able to be downloaded for free at most e-book sites, followed by the first novel in the series – “Behind the Scenes.”  Both the novella and first book are almost finished, just need to be edited which is always interesting – those pesky editors and their far too brilliant suggestions, and then I’ll be starting the second novel in that series in a month or two.

Thank you so much Jen, and as a bonus, she has offered to giveaway a copy of Playing the Part to one lucky winner. Due to shipping costs, the winner must have a US address. Enter through the Rafflecopter below:

The giveaway will run through March 15, 2016 and the winner will be announced on March 16.