← A Lady in Defiance BOOK #Giveaway #LadiesinDefiance
The Book Club Network, #LadiesInDefinace, and Me! →

A five in one book giveaway of favorites to keep you warm this winter!

A rancher, a doctor, a lawyer, a mountain man, and a lawman–all looking for love this Christmas! Curl up with the newest collection of historical western romances from five best-selling and award-winning Christian authors. A mix of short stories & novellas, these tales are a yuletide trip back to the Wild West!

Come on in to the town of Bluebonnet, TX, where romance blooms with a little help from friends.

Nettie has matchmaking plans while her husband Reed already has his hands full with a troubled misfit named Yancy. Sally’s past haunts her with fears of having to go back to the saloon. Wilbur “Wills” Williams is coming to Bluebonnet to atone for his past. Amelia and Sheriff Justin Wellesley are in love, but her parents are against their marriage, while Yancy has other plans for Amelia. And Cornelia “Cornie” Eustus is intent on sharing her misery.

Whiter Than Snow By Leah Atwood

Tallie Duncan hasn’t known love since she was a young child, but a position as a nanny to two rambunctious boys fills a void left by a life of tragedy. When their mother discovers Tallie’s secret, though, her position is immediately terminated. She finds herself on the streets, in a strange town in a strange land.

Jeremiah Scott returns to Weatherton, Wyoming after a six-year absence, with plans to renew the family ranch he’d left after his father’s death. The train ride from Chicago to Cheyenne reminds him how lonely winters in the West can be without someone to share them. While in Cheyenne, making purchases for his ranch, he decides to find an impromptu bride. But when the bride is more than he bargains for, will his rash decision destroy their plans for marriage?

Hang Your Heart on Christmas By Heather Blanton

U.S. Marshal Robert “Dent” Hernandez has a gift, if you call specializing in death a gift. Under the auspices of his badge, he arrests some of the worst criminals Wyoming Territory can spit out. For Dent, though, the line between vengeance and justice has never been clear. He is determined to find and hang his father’s killer. When a prisoner transfer goes awry in his hometown of Evergreen, Wyoming, and Dent’s good friend is killed, he is forced to serve as interim sheriff. But Dent should be out on the trail hunting down murderers, not scolding candy thieves and escorting the very pretty, but jittery, schoolteacher around. What is she so afraid of? Turns out, a lot of people in Evergreen are keeping secrets.

Mail Order Bride: Husband of the Bride By Susette Williams

Widowed for years, Ma has been the matriarch of the family, facing the challenges of raising four boys into men. With the arrival of her first grandchild imminent, Ma finds herself face-to-face with the town doctor who has very differing views from hers.

Doc is opinionated, and believes it is time for Ma to look out for her own needs–and desires. He’s old enough to know you can’t live in the past; you need to move on to have a future. But can he convince a stubborn, determined woman he’s worth settling with? Will Ma be able to keep up with her four sons and their new brides and survive the holidays, or will her family grow even larger–in more ways than one?

Eighteen years ago, Philip Grant–overcome with regret for what he couldn’t foresee and memories of what he couldn’t prevent–abandoned all to live the solitary life of a fur trapper. Years spent roaming Montana Territory left his body weary and his confidence weak. Hopeless, he decides to turn in his last bundle of furs and await the inevitable in a cabin. Alone.

Everything changes when he discovers a battered woman and her infant son, on the run from their ruthless abuser. Seventy miles of mountains and windswept flatlands stand between them and safety. Can Philip trust in his newfound faith to lead the way?

BTW- Hearts of the West is only 99 cents right now on Kindle and FREE with Kindle Unlimited! Load up your reader for winter is what I say!

The giveaway of Hearts of the West is open internationally and the winner will receive an e-book. Enter through the Rafflecopter below: 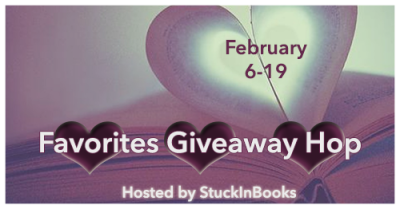 Posted on February 5, 2016, in Book Giveaway, Christmas Hearts of the West, Heather Blanton, Ladies in Defiance and tagged a lady in defiance. Bookmark the permalink. 31 Comments.

← A Lady in Defiance BOOK #Giveaway #LadiesinDefiance
The Book Club Network, #LadiesInDefinace, and Me! →