← Frances Hart Sheftall–The Jewish American Girl Cornwallis Warned You About
Killed Her There. Killed Her Infant. Burned Her Home. And Still the Pioneer Women Kept Coming. →

How Many Lives Did Mary Slocumb’s Midnight Ride for Love Save? 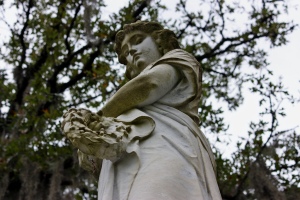 For it was not into my ear you whispered, but into my heart. It was not my lips you kissed, but my soul.
Judy Garland

We all know love can drive a person to insane actions, casting caution to the wind, striving only to get to the person we love no matter the cost. Just twenty seconds of insane courage? For some, that’s enough. But not for Mary Slocumb.

Mary’s husband was a soldier serving in a North Carolina regiment during the Revolutionary War. In February of 1776, Ezekiel headed off to fight the British in the Battle of Moore’s Creek Bridge near Wilmington. Plagued with an unshakable feeling of doom, she went to bed that night and dreamed she saw her husband’s body, bloody, lifeless, and wrapped in his cloak.

Mary awoke, leaped from her bed, saddled her horse and rode hell-bent-for-leather, thirty-one miles, in the dark, through fields and swamps seeking her beloved. By daylight she heard the thunder of cannons and raced towards the sound. Mary stumbled upon a group of about twenty wounded soldiers hidden among a grove of Oaks. She immediately dismounted and soon discovered a body wrapped in her husband’s cloak. Upon closer examination, however, she realized the soldier was not her husband, nor was he dead, but he was suffering from a traumatic, very bloody head injury. Mary washed the man’s wound, dressed it, and gave him some water using a gourd she carried on her own saddle. She then spent the rest of the day nursing the other wounded soldiers. Hours passed, though, with no sign of her husband.

Then, in her own words, “I looked up and my husband, as bloody as a butcher…stood before me.”

What Mary and Ezekiel both did that day cannot be underestimated. Ezekiel was in the troop that chased the British back across the bridge and sent them skedaddling home to Cornwallis. This one, early victory ignited the hearts of Southern patriots and recruitment in the coastal areas of North and South Carolina and Virginia leaped!

For her part, who knows how many soldiers would have died if not for Mary showing up to nurse them? Some of you may be reading this today because of her crazy ride to find her soulmate!

Two people in love. Two people who may well have changed the course of the Revolutionary War.

P.S. Mary’s gourd is on display in the NC Museum of History and there is a status of her at Moore’s Creek Bridge.

← Frances Hart Sheftall–The Jewish American Girl Cornwallis Warned You About
Killed Her There. Killed Her Infant. Burned Her Home. And Still the Pioneer Women Kept Coming. →