Betty Zane– the Way Kids Used to be 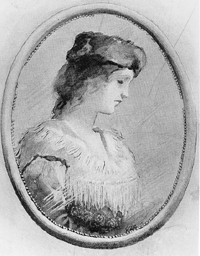 Kids these days…are they really that different than previous generations? If Jerod Lee Loughner, Dylan Klebold and Eric Harris are examples, I’m thinkin, “Yup.” Something diabolic is destroying their minds. Perhaps it is just the conspiracy theorist in me, but it seems the more we rag on America, the more we get kicked in the gut. There was a time when the good ol’ US of A was a country worth fighting for; now she only seems good for target practice. When I think back on the patriots, especially the women patriots, who risked everything for the mere idea of America, I want to hang my head in shame…or throttle someone. There are a few patriots in our past I wish I could bring forth to chastise us.

Take, for example, Betty Zane. In September of 1772, the Zane family and their neighbors were pinned down in Fort Henry by British and American Indians sympathetic to the British. Fort Henry was a parallelogram, 356 feet long and 150 feet wide, on a hillside overlooking the Ohio River, standing at what is now Tenth and Main streets in Wheeling, [WV] surrounded by a stockade fence twelve feet high, and framed by a three-foot walkway running around the inside. It was practically impregnable so long as supplies lasted.1 When the fort commander, David Shepherd (ironically the name of my literary agent), yelled out that gunpowder was running dangerously low, three men volunteered to slip outside the fort and hunt for some. An argument quickly developed, however, as each man asserted he was more expendable than the others. Betty Zane, a mere girl of only 13, said firmly, “I will go,” and volunteered to retrieve a hidden cache of gunpowder from her brother’s home a hundred yards outside the fort. This was an amazing offer as Betty had been awake for nearly 40 hours, making lead balls. Still, she was the only person who knew where her brother had hidden the gunpowder. She further argued that the enemy outside the gate would let her pass, since a twig of a girl certainly could pose no threat to them.

She snuck outside the fort but was spotted almost immediately by Indians…who—strangely—let her pass. She went home, found the keg of powder, poured as much of it as possible into her apron (some say a tablecloth) and returned to the fort—unmolested. Thanks to Betty’s courage, the folks in the fort outlasted the attack and won the battle.

No matter upon what side of the political fence you fall, you have to admit that stunt took courage. If today’s generation can’t get their heads out of the Prozac and video games long enough to find their own courage within, I dare say America doesn’t stand a fighting chance. The kids don’t shoulder the blame alone, though. As parents, it is clearly our responsibility to shape minds, limit TV time, pull the plug on FB and Youtube, engage with our children, and get them involved in nation-building—ours! Come on, I know there’s a Betty Zane out there somewhere.